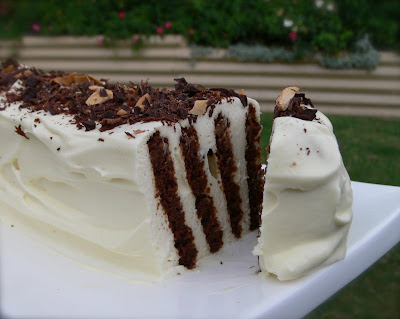 I’m sure this is a fairly old-fashioned recipe, and possibly even on the actual Arnott’s packet but I think there is a reason for that…as the saying goes, it’s an oldie but a goodie.

Whip the cream until it begins to thicken, add the sugar and vanilla and continue whipping until peaks form.
Carefully spread cream on one side of a biscuit, sandwich it with another, then stand the two on a clean serving tray with the flat side of the biscuit facing the long side of the tray. 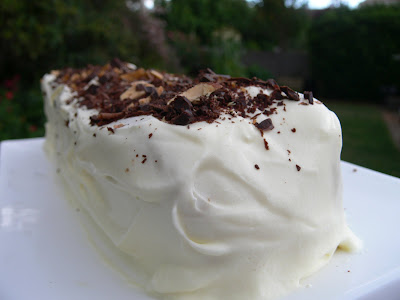 Spread cream on another biscuit and gently add it to the two on the tray, so you have cream, biscuit, cream etc repeated about 4 times, then do the same, placing the biscuits along side the first section. (You should end up with the biscuits sitting pretty much the same as they do in the packet.)
Cover the whole lot with cream and top with grated or chopped chocolate.
Place in the fridge for several hours, or overnight if you can, to allow the biscuits to soften.

If you like cream or chocolate, I'm sure you will love this. It is so simple, yet so tasty. If you can wait long enough to eat it, it would be great with a fresh cup of coffee.

Posted by Luke and Kristel at 8:23 PM