If you've been to Williworld at breakfast time, chances are you were offered some Buderim Ginger Marmalade to complement your toast. Although frightening to some, and I must admit I was a little hesitant trying it for the first time, it really is one of the most delicious condiments. Equally delicious is the Buderim Ginger and Lime Marmalade. 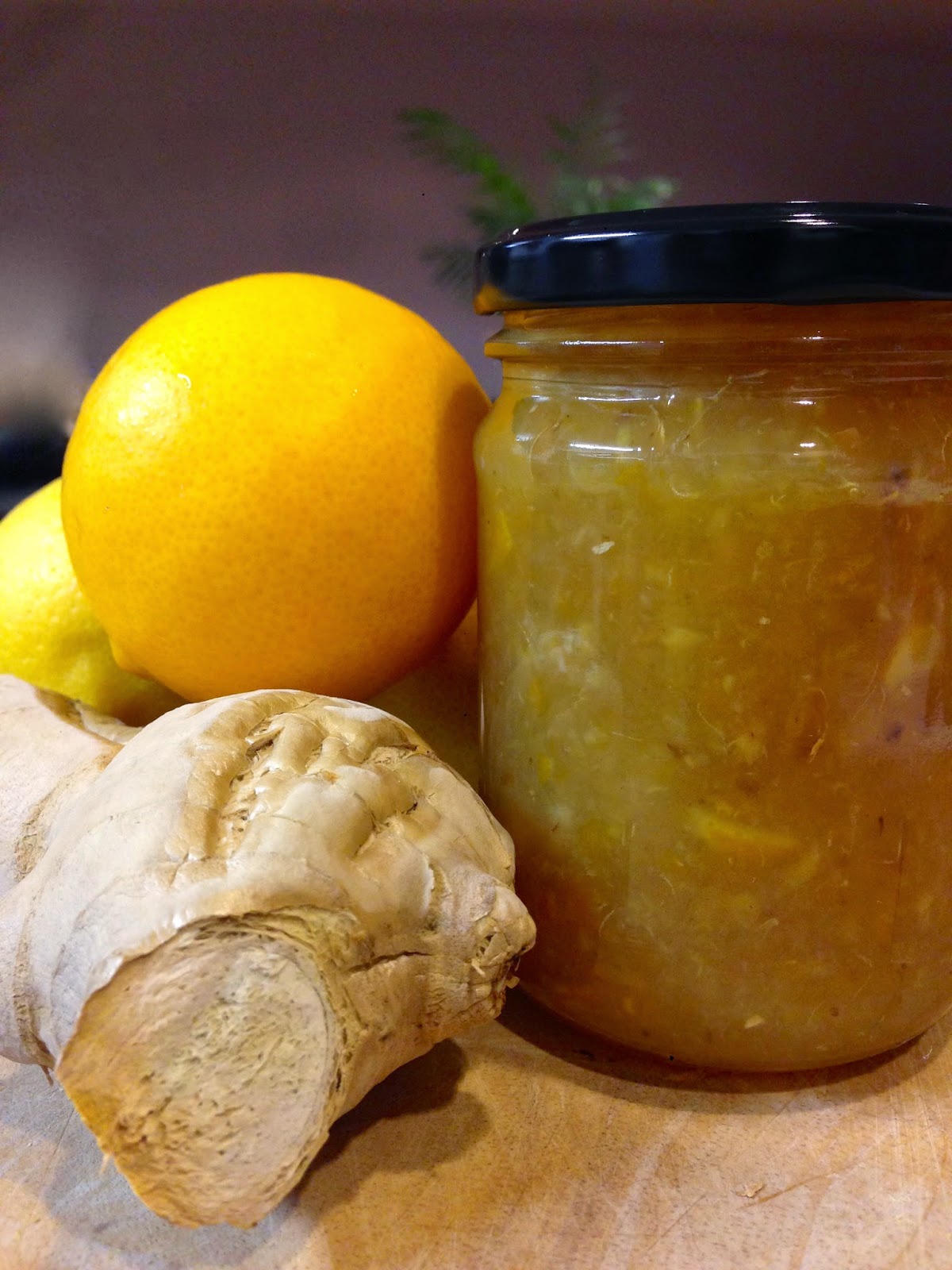 Using this as inspiration - and with my lemon trees laden with beautifully rite fruit, I thought I'd try making my own version.

Place ginger in a large heavy-based saucepan with the water and cook gently until tender.
In the meantime, v-slice the lemons and remove the pips.
Add the sliced lemon to the ginger and cook until the lemon rind is tender.
Using a stick-mixer, blend the lemon and ginger until it is a 'roughly chopped' consistency.
Increase the heat and bring to the boil (add a little extra water to stop it from frying on the bottom of the pan, or if the mixture is just too think).
Add sugar, stirring constantly but gently until the sugar is fully dissolved.
Stirring frequently, boil for about 20 minutes or until it reaches 105-110 degrees or setting point.*
Ladle into prepared jars and tighten the lids.
Using a damp cloth, carefully clean the jars from any spills then wait and listen... I love hearing the lids 'pop' as the jam cools.

Yum! I love the sweet-tartiness and zing of the fresh ginger.
I may be a little biased, but I think I'd even prefer this to the pale-golden-jelly that inspired it.


* If you don't have a candy thermometer, test the setting point by dropping a little marmalade onto a chilled saucer, allowing it to cool for a minute before gently pushing it with your finger. If the marmalade crinkles, or is think, the setting point is reached; if not, boil for a few more minutes then check again. 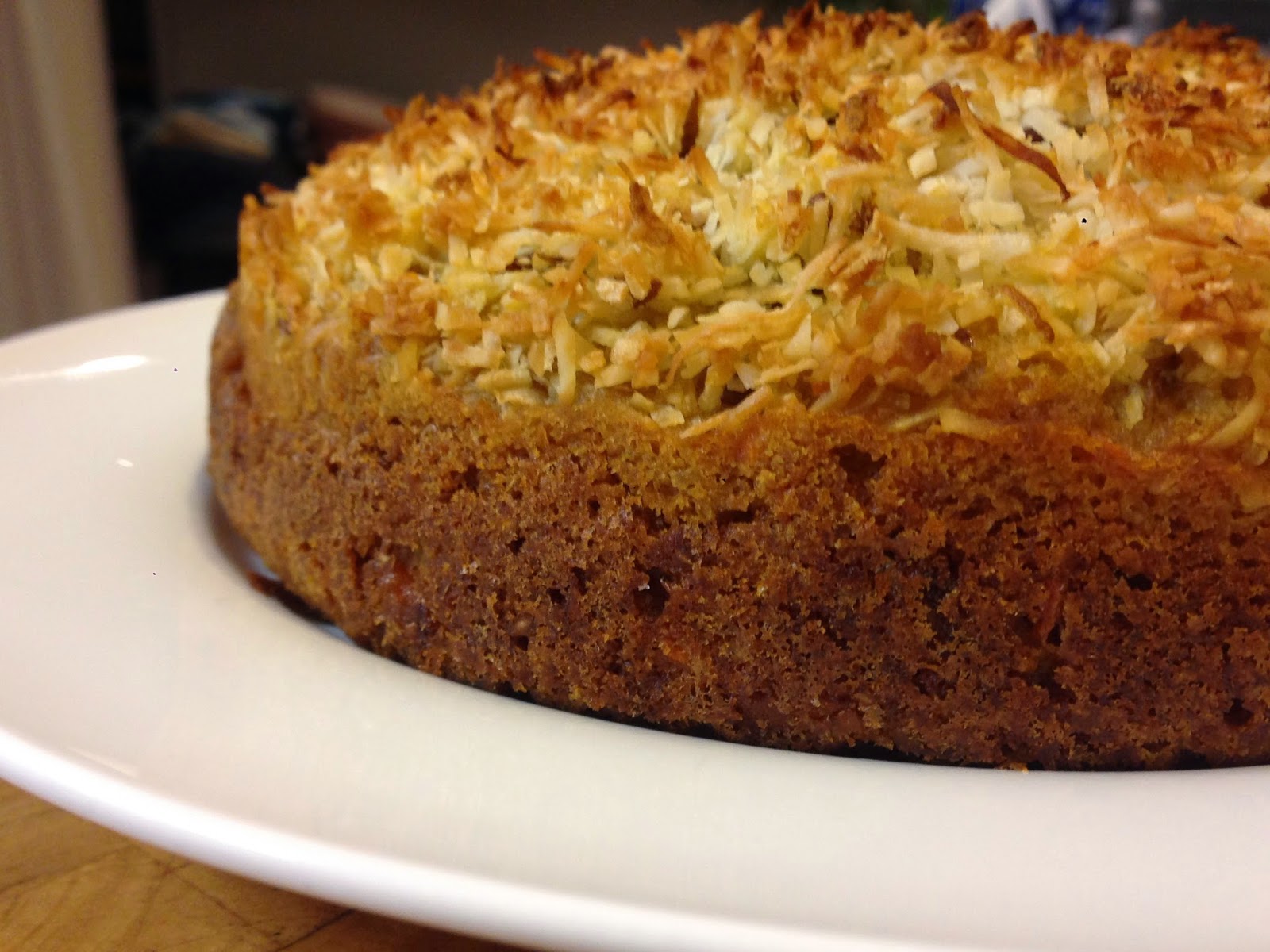 One very special day for Greenhouse is 15 October. Why?
It's Ruby's birthday!!

Each year I try to make her a cake that is safe for her to eat, but also delicious for the humans around.

As coconut is apparently her favourite (judging by how much it makes her get her dribble on!) I thought I'd go with that. And 'cause I love it too.

Thanks to CSR I found this great recipe - although altered a tad which means it doesn't actually have any CSR products in it. Sorry!

Grease and line and 20cm round cake tin.
Cream butter and honey until light and fluffy and add eggs one at a time.
Stir in the sifted flours along with the coconut milk and grated carrot and half of the pear.
Spread mixture into cake tin and top with the coconut and remaining grated pear.
Bake at 180C for around 50 minutes or until skewer comes out clean.
Stand for a few minutes before transferring to a wire rack to cool. 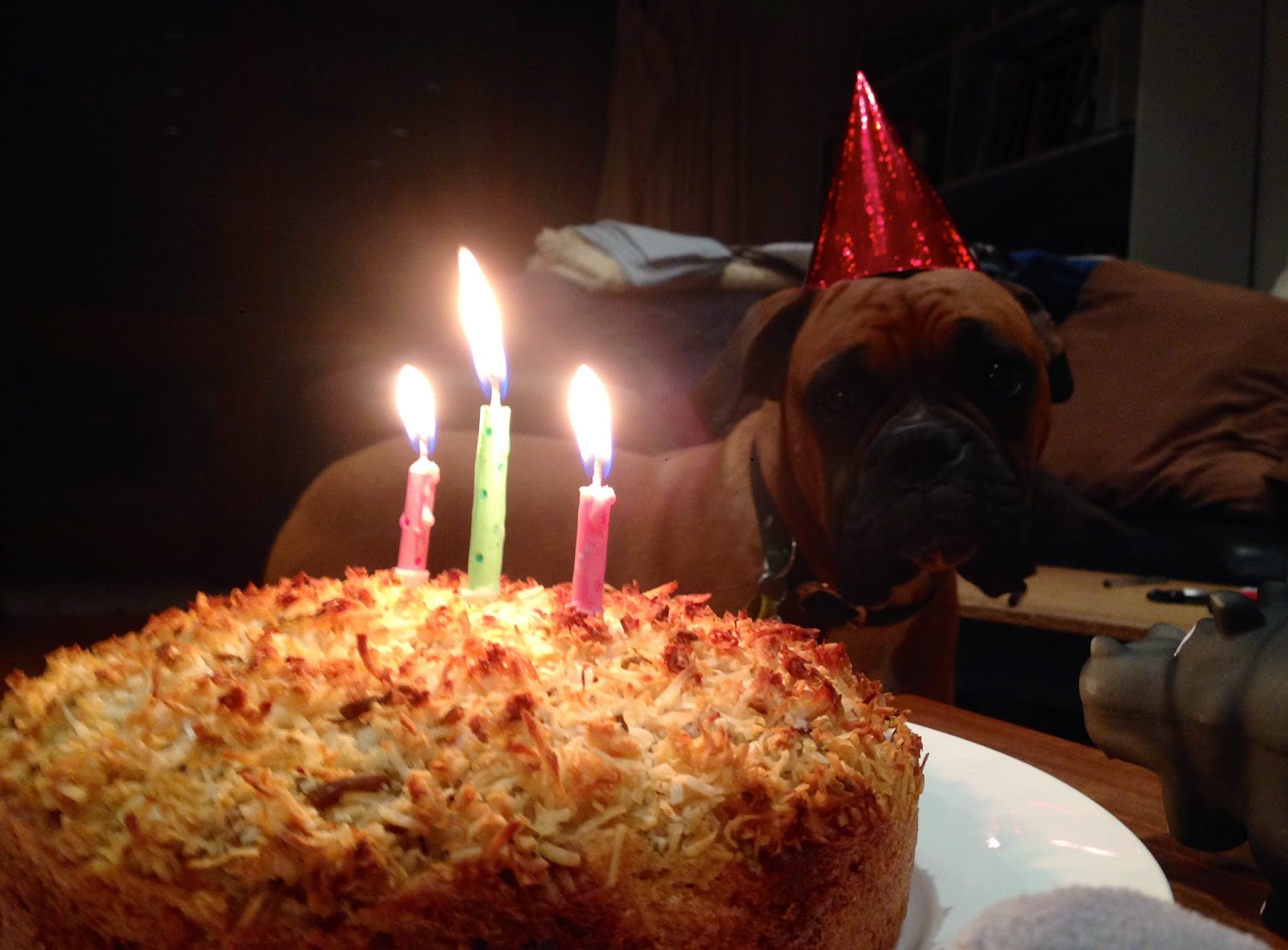 Posted by Luke and Kristel at 9:53 PM No comments: